Our siege engine is a full scale replica perrier.  Not to be confused with the much larger trebuchet, which has a counter balance powering the throwing arm, a perrier is a rope-tensioned, and man-powered engine.   The fact that it is man-powered makes it no less impressive.  It has cleared the walls of Dover Castle, from a position outside the castle, landing a projectile right into the inner bailey.

Historically a siege engine would have been used to throw rocks, rotten meat, or whatever else was to hand that may cause damage or disease to the inhabitants of the place under siege.  Nowadays we're more likely to be throwing grapefruit, as we don't want to cause any real damage - although on one notable occasion (Time  Team), the grapefruit were set alight first, giving rise to the term 'flaming grapefruit!'

Made of solid oak, our perrier comes apart completely (medieval flat pack), and thus can be transported nationally.  Indeed, it has been used at locations as far apart as The Tower of London, Mont Orgueil Castle on Jersey, and at 'Scotland's Festival of History' at Lanark, Scotland. 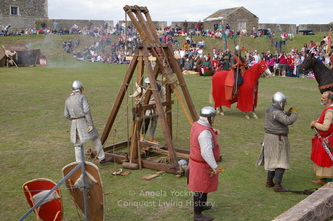 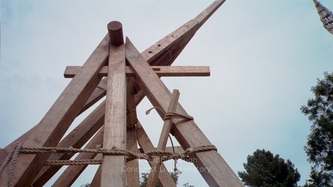 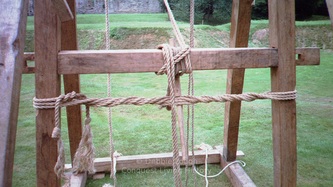 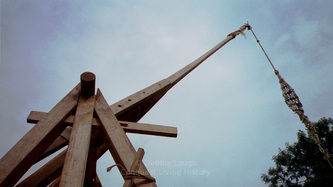 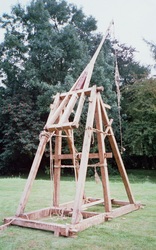 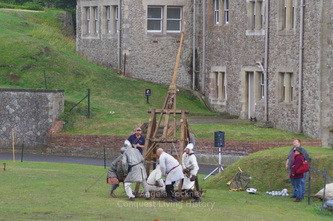 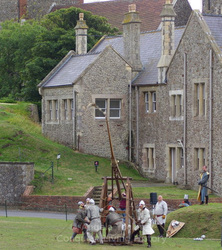 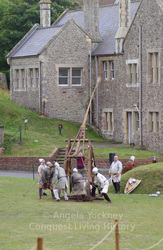 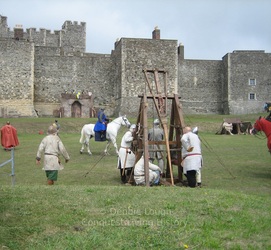 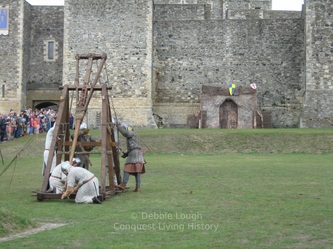 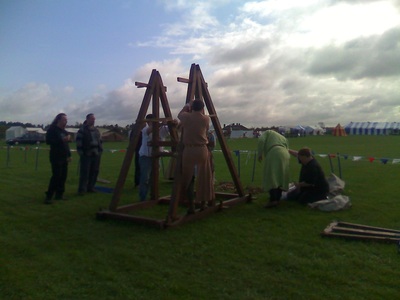 This website, and all the photographs, logos, text and other content contained within it are copyright Conquest, 1993 - 2013, unless otherwise stated.  Photographers retain rights to pictures, as credited.
By entering this site you are acknowledging your awareness of this, and agreeing not to copy content without permission.  'Conquest', and the gold cross logo are trademarks of Conquest Living History Society.